A major breakthrough in the measurement and understanding of the electronic structure changes during chemical reactions has been achieved by a team of physicists led by Martin Wolf (Fritz-Haber-Institut Berlin) and Wolf Gero Schmidt (Universität Paderborn). The researchers were able to monitor for the first time the redistribution of electrons during a chemical reaction in real time. The corresponding driving forces and mechanisms could be unveiled in large-scale numerical simulations. The results of the joint research from the Paderborn and Berlin scientists have been published in the renowned multidisciplinary Science Magazine (https://doi.org/10.1126/science.aar4183).

Schmidt explains: “Chemical reactions are associated with the formation or breaking of bonds between atoms. The accompanying atomic movements are extremely fast and occur on a femtosecond to picosecond time scale.  At the same time, the electronic structure changes, i.e., the positions and the energies of the electrons involved in the chemical bond are altered. This electron dynamics is decisive for chemical bond formation. Its observation, however, has been an elusive goal for a long time.”

In order to unveil the electron dynamics, atomic scale indium nanowires on top of a silicon surface were prepared. The indium valence electrons occupy localized orbitals in their ground state. Optical excitation by a laser pulse redistributes the electrons and results in the formation of a metallic bond along the wire direction. The modification of the electronic momentum and energy distribution during the bond formation – which lasts only a few femtoseconds – was measured with time- and angle-resolved photoemission spectroscopy. Numerical simulations were used to relate the measured quantities to the time-dependent spatial distribution of the electrons. Thus, the full reaction pathway – including the complete electronic structure dynamics – could be determined, thereby going beyond the molecular movie concept.

The quantum mechanical modelling of several hundred excited electrons and atoms requires substantial high-performance computer resources. They were provided by the High-Performance Computing Center Stuttgart and the Paderborn Center for Parallel Computing. The simulations bridge the fundamental physical concept of energy and momentum distribution to describe electronic properties with the concept of chemical bond formation. “The understanding of the mutual interactions between the atomic and electronic degrees of freedom during chemical reactions can be considered the ‘Holy Grail’ of chemistry” Schmidt explains. “The numerical simulations resolve in unprecedented detail the relation between electronic excitation and reaction pathway. This is extremely relevant, as it will allow to tailor electronic configurations such that specific chemical reactions are favored.” 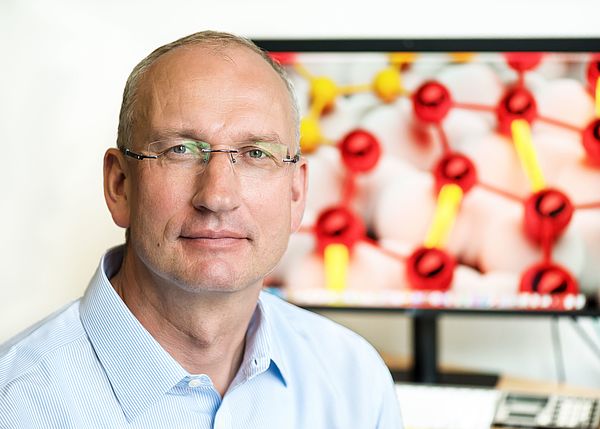