Vortices are topological objects formed in coherent nonlinear systems. As such they are studied in a wide number of physical systems and promise applications in information storage, processing, and communication. In semiconductor microcavities, vortices in polariton condensates can be conveniently created, studied, and manipulated using solely optical means. For nonresonant excitation with a ring-shaped pump a stable vortex can be formed, leading to bistability with left- and right-handed vorticity.

In the present work the authors report on a much richer vortex multistability, with optically addressable vortices with topological charges m=±1, ±2, and ±3, all stable for the same system and excitation parameters. This unusual multistable behavior is rooted in the inherent nonlinear feedback between reservoir excitations and condensate in the microcavity. The theoretical results obtained open up exciting possibilities for optical manipulation of vortex multiplets in a compact semiconductor system.

The results were recently published in the Physical Review Letters: https://journals.aps.org/prl/abstract/10.1103/PhysRevLett.121.227404 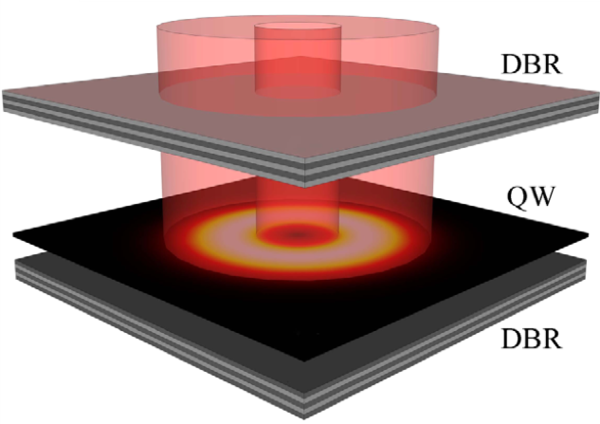