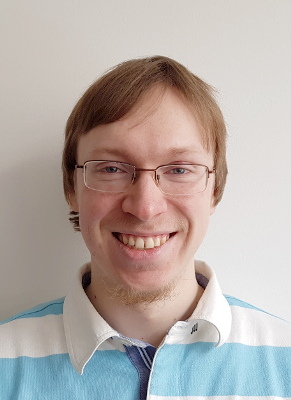 The graph above illustrates the process of the OAM Sorting. Light beams with different OAM are imaged onto different spots of the detector and can be measured simultaneously.

What is the challenge of my research project? Why am I eager to do it?
I joined the project A04 at the beginning of the second funding period as a PhD student. In this joint project between the two universities of Paderborn and Dortmund, I make the experimental contribution to the investigation of vortices in exciton-polariton condensates. By excitation of an optical potential with tailored shape, vortices with orbital angular momentum (OAM) are formed spontaneously. In order to detect these vortices, a technique called OAM sorting is uniquely put to use as a spectroscopic method. This enables us to investigate the formation and dynamics of vortices with different OAM.

Why did I choose this project?